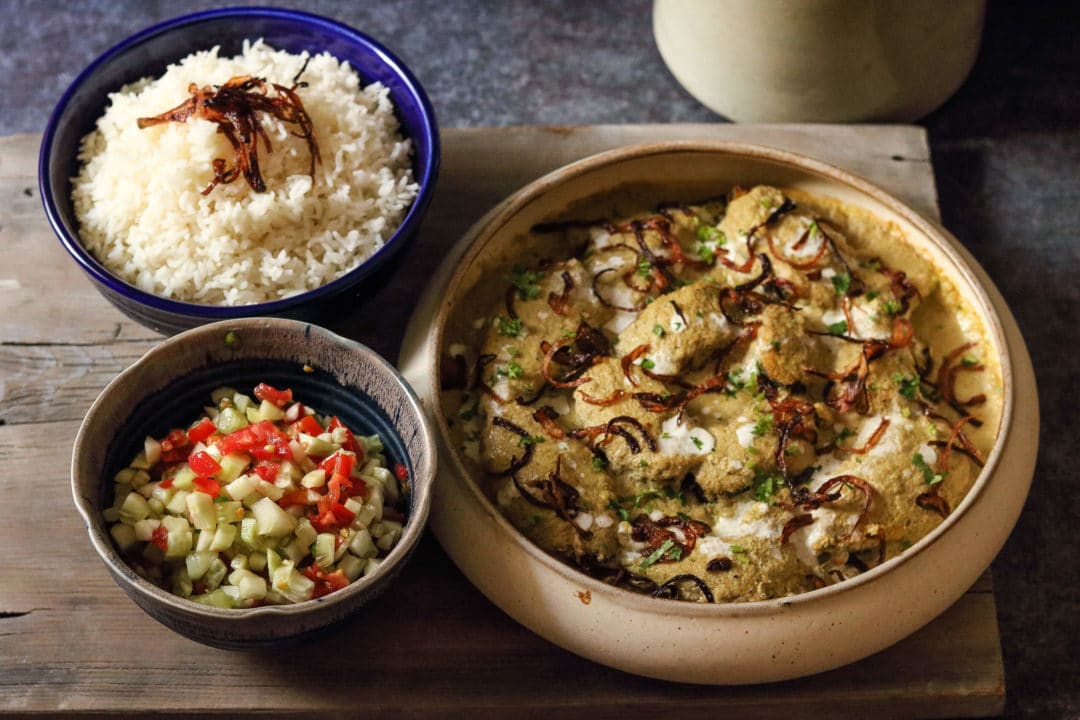 Hyderabadi fish for someone like me, who calls the city home, is a dish that never gets its due. Biryanis, salans and meat dishes tend to dominate the narratives on Deccani and Hyderabadi cuisines. The city is landlocked but it more than makes up for the lack of seafood, with freshwater fish dishes. There are spicy fried fish dishes, tangy, tamarind-based fish curries and fiery masala fish preparations.This Hyderabadi fish though is more from the Muslim-style of cooking because it has a spice-laden (but not hot), creamy sauce reminiscent of Turkish and Middle Eastern cuisine.

Rohu, Katla and Mrigal are varieties of Indian carp that are the popular choice of fish for Nizami and Deccani recipes. These are found in abundance in rivers and ponds in the state of Telangana. Hilsa, the prized Indian herring or shad can also be used for making Hyderabadi fish, but it’s very seasonal (available from June-September during the monsoon), very bony and expensive. I’m partial to sea fish, so I made this dish using seer fish or surmai which is a meaty, white fish, perfect for baking. Any large, white fish will work. You can have it filleted if you prefer to keep the dish boneless. My surmai was curry cut and it’s not a bony fish so the few bones were fine. Use larger sizes of fish; smaller ones are more for frying and putting into curries.

The trio of coconut, white sesame seeds and poppy seeds form the basis of many salans (gravy dishes) in this region of the country. The white, creamy rich texture in the foods cooked in the Nizami kitchens comes from these rather than cream and khoya (milk solids made from slowly cooking down thick milk), popular in Mughlai and Awadhi cuisine. Ginger and garlic pastes along with green chillies, mint and coriander are the aromatics in this fish dish. To further enrich the sauce, I added a few tablespoons of hung yoghurt. Somehow, the yoghurt works like the silky base that brings the gravy together in a smooth, elegant gravy that coats the fish in a veil of mild, pleasing tang.

This Hyderabadi fish was baked, covered in the oven but you can cook it on the stove too – in a flat, covered pan. Cooking it in the oven is easier and yields the right texture of sauce, thick and homogeneous. Also, if you’re entertaining, it can be assembled and put into the oven 20 minutes before the meal is served. No reheating required.I hope you try it and add it to your repertoire of Hyderabadi delicacies. 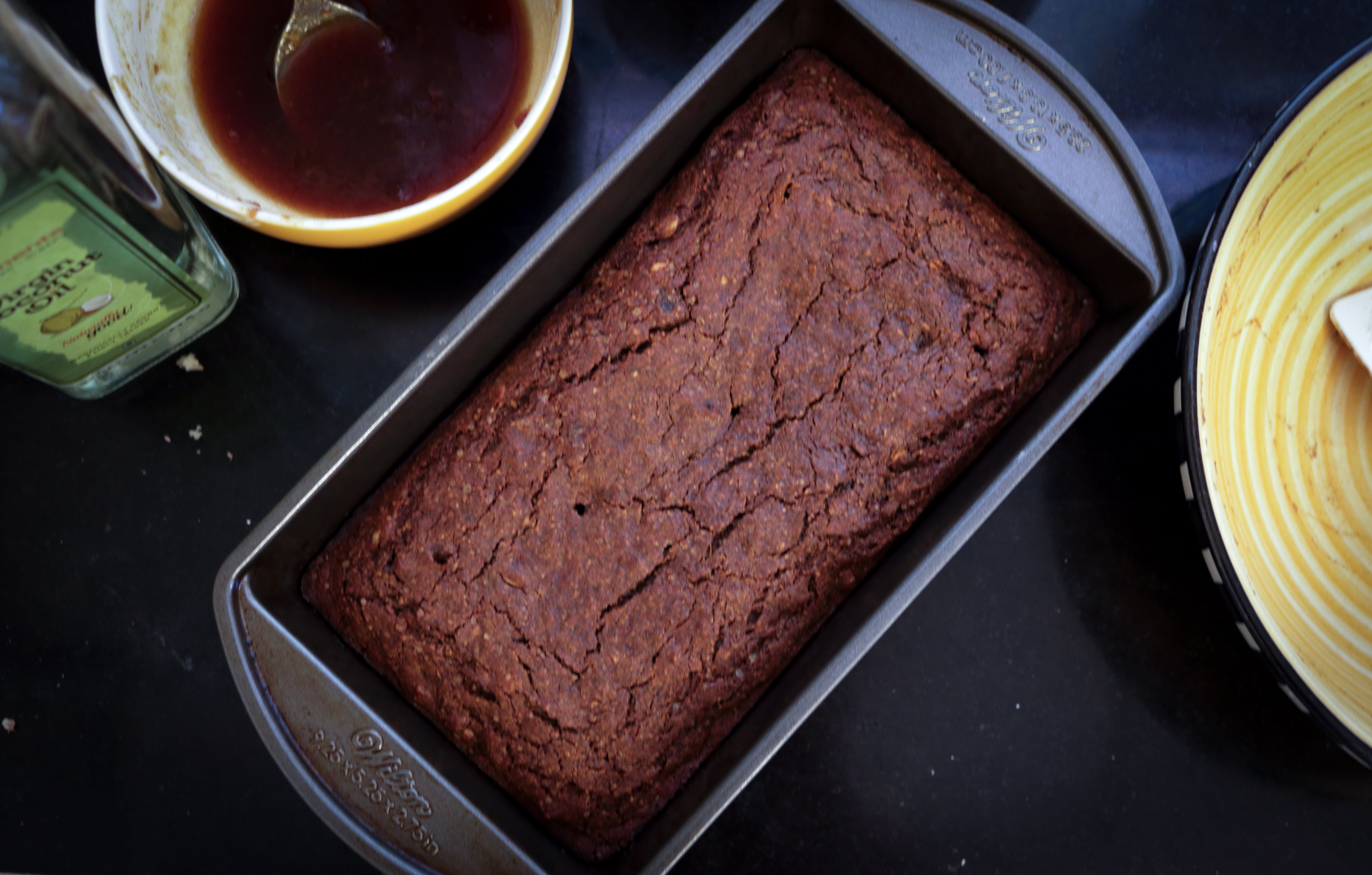 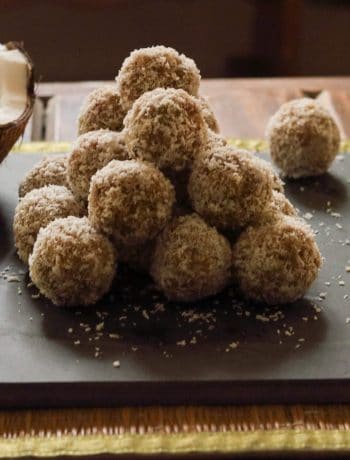 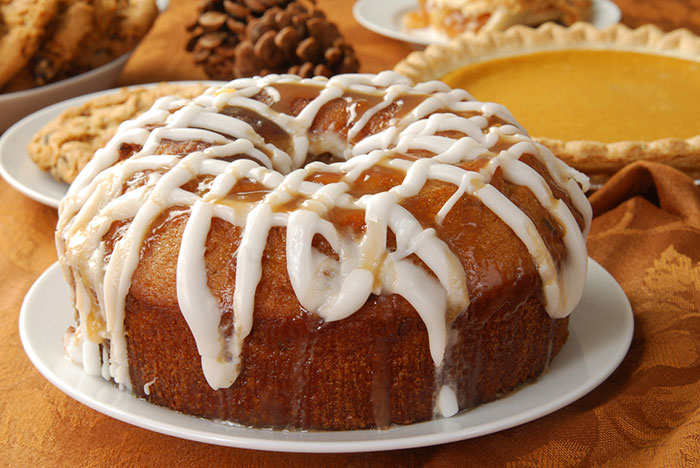